Should one time his Value Investing? What gives Value its value?

Benjamin Graham published his first book on Value Investing in 1934. This gave objective criteria for judging price based on stock being a share of a business. Using this, a business can be valued based on the future value of its earnings, rather than the animal spirits of other investors. 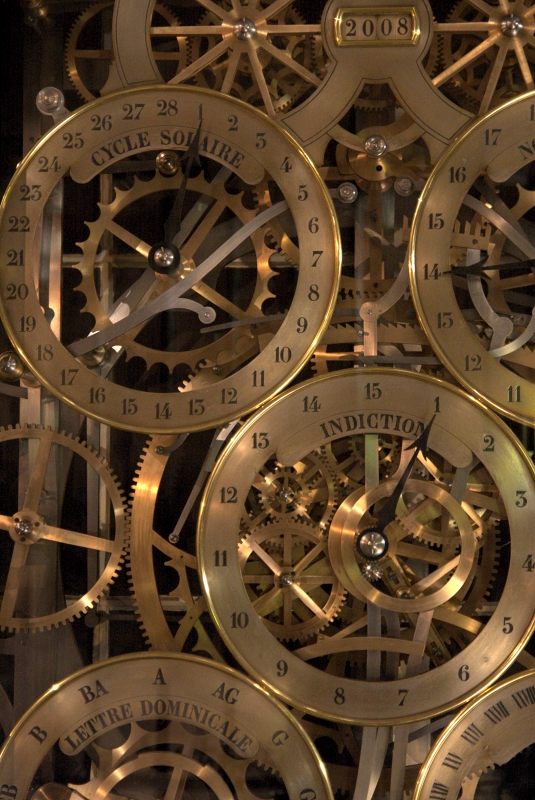 Warren Buffet is the most famous example of a successful value stock picker, but it eminently is hard to distinguish skill from luck amongst younger pickers, and the older picker's capital base is usually self-admitedly too large after many decades compounding. To create one's luck, there are statistical anomalies that more quantitative buffs such as AQR, O Shaugnessy, Meb Faber, and Alpha Architect seek to exploit since the 90s by creating value and momentum factor ETF. They look at statistical factor performance independent of timing, and growth differential is not taken into account for the simplest approaches, except for GARP (Growth At Reasonable Price approaches). Style timing has been researched but the evidence from 2000 was not compelling.

After the analysis below, it appears to me that based on past performance, value stocks delivered much slower growth than the SP500, and there is no fundamental reason to call value a screaming bargain here. Growth was sold at a reasonable price. Still, based on the study below, it appears that VVAL and 2805 HK are less risky than SP500.

Disclosure: I own those two ETF.

Canaries in the Coal Mine

Factor analysis can be complicated, I will just use Vanguard ETFs. Here is my smart but rather arbitrary selection of Vanguard ETF:

Vanguard publishes a consistent set of metrics on its ETF. The inverse of the P/E is the earning yield. For relative value, earning yield needs to be added to the expected future growth to obtain a all-in-one growth adjusted earning yield number.

Past growth may not continue forever, so if future growth is expected to be 0 or the same for all ETF, we should just compare earning yields. If we use past growth or half-past growth as a predictor of future growth, we get different valuation metrics.

source: Vanguard and Own computation

The valuation multiple compression we have seen for value stocks appears justified given the much lower past earning growth of value stocks compared to the SP500. There is no screaming bargain, just protracted underperformance. 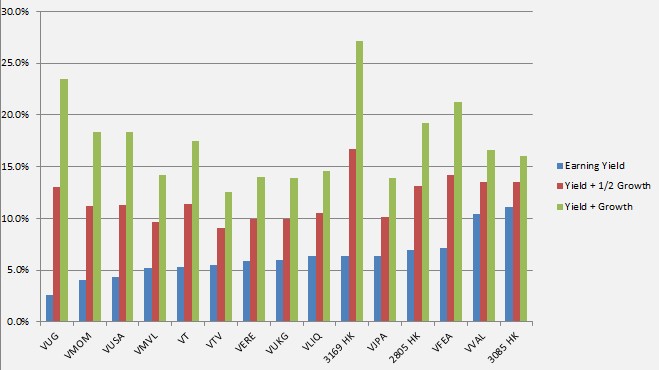 The factor ETFs have been available since 2015.

Vanguard Irish based Global Factor ETF have been discontinued in February and people who held them saw their position liquidated into cash on March 9th. The ETF that looks the most like VVAL is iShares IWFV, but it is much more concentrated on large cap, with 5.6% of intel, 3.4% ATT, 2% of Toyota and 1% Hitachi.