Based on their rarity, current low price, and amounts of fiat money being created, we consider purchasing:

Gold, palladium and rhodium are currently too expensive given their prevalence.

The relative abundance of metal in earth crust can be a guide to metals fundamental value.

Market price depends on rarity of the metal and on the demand for it. While rarity is well known, future demand is hard to anticipate.

A Tale of Two Metals

Its price crashed in March and recovered quickly: 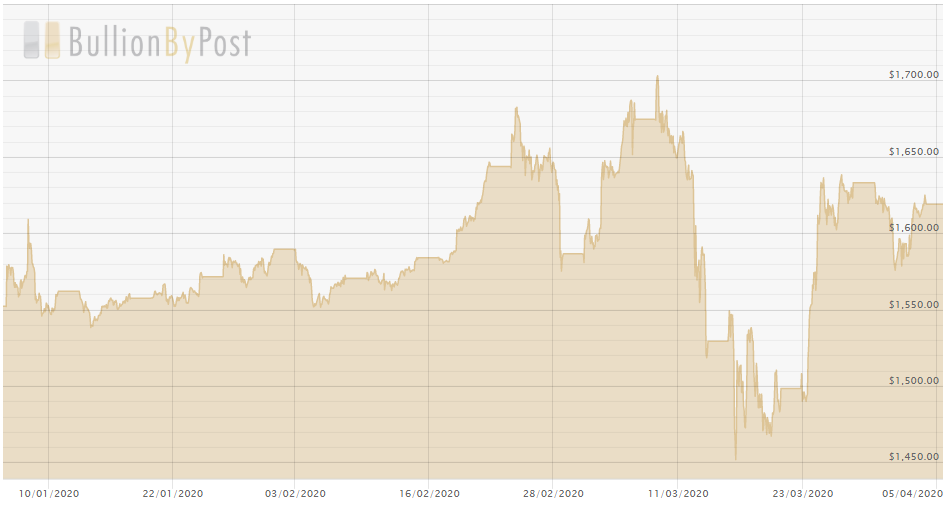 Silver is 15 times more prevalent than gold and has many industrial applications, the fact that industrial demand for it dries up in an economic slowdown make it less of a crisis hedge. Storage is also more expensive as it takes much more space.

Its price crashed in March and did not recover well due to uncertainty on industrial demand: 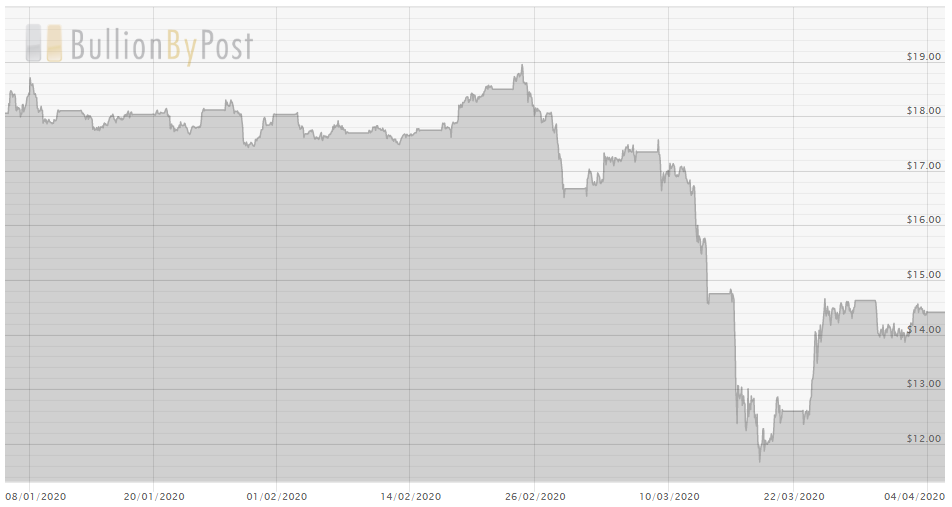 The gold to silver value ratio has has been 15 for many centuries, but it has reached 60 in modern times. During the March panic, the ratio reached 140, which meant that gold was nearly 10x 'overvalued' compared to silver.

There was some talk under US president Kennedy of replacing gold reserves with something more useful and less inert like Plutonium, but its hazardousness got in the way. Some central banks are now buying gold again and this explains the high price an abundant annual production.

The 2 usual metals are available as bars and coins. The coins generally have a higher premium whereas bars are typically sold with a 1% to 5% premium and bought at a 3% to 0% discount due to the ease of making a fake bar with a tungsten core. Gold has the smallest premium whereas silver and platinum have larger premium given the additional bulk or baring cost.

In march, paper price for metals went down as investors faced margin calls. At the same time, hoarders and stackers started to buy metal and 1oz silver coins sold at highs of USD20 while silver price went down to USD11/oz.

This dislocation is not expected to last once refiners open and shipping resumes.

These are metals that are rarer than gold, and they do have industrial applications so that they are also more volatile than gold. These metals are also available to investors.

Rhodium appear to be now correctly valued much higher than gold. Rhodium is very hard and shiny, and a tiny rhodium plating is used on gold jewelry to make it more shiny and scratch resistant.

Platinum is now half the price of Gold whereas it used to cost twice the price. Annual production is very low and rarity is similar to that of gold.

The price crashed and did not recovery well. This metal is sufficiently rare to be suitable for physical purchase: 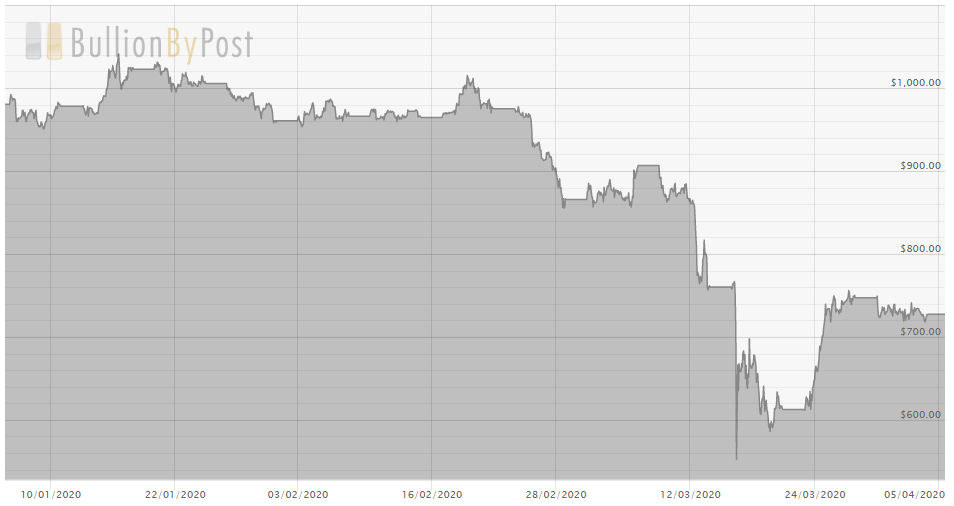 Palladium is now priced much higher than gold despite its being much more prevalent than platinum. Given that the two metals are inert, there is a long term benefit to storing platinum. 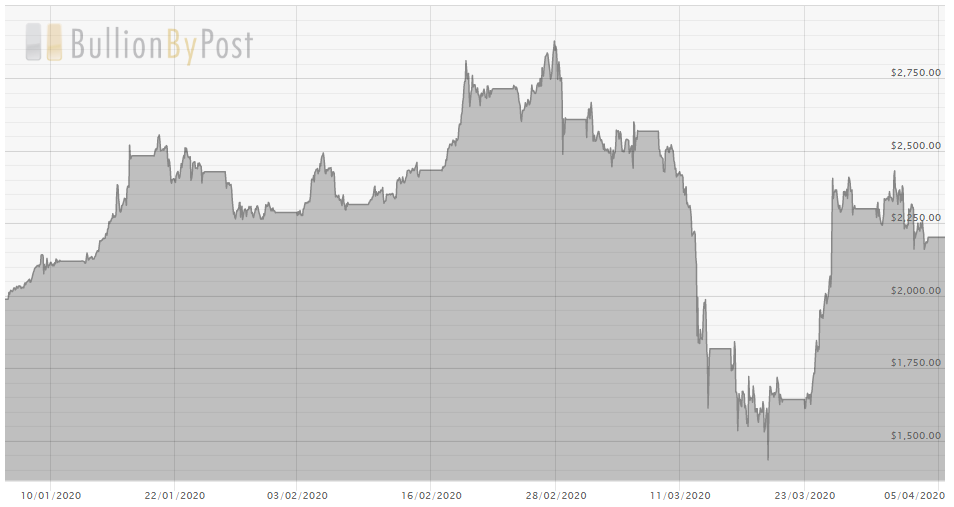 Those metals have high melting points, so that baring is much more expensive. Which is why they are less advertised to investors than Silver and Gold.

Rhodium bars was by far the hardest one to find commercially for investors.

These 2 metals are much rarer and have many industrial applications. It seems to even more difficult to buy those as investors than rhodium.

Iridium and Rhenium have extremely high melting point and hardness and are used in demanding industrial applications. They are much cheaper than previous metals despite their being much rarer. It is not clear how one can sell them.

I wanted to play it safe and ended up investing into Au, Ag, Pt with 1/3 proportions. We now have much better visibility on the impact of the pandemic and mining stocks might be good plays if precious metal prices remain elevated compared to oil.

It is a way to leverage gold-extraction cost and receive a dividend.

Silver and Platinum group production is concentrated in Mexico, Russia and a bit in South-America.

List available here with production. The largest producers are: