An article by Goodhart and Pradhan from the BIS can be found here and here.

The three trends are:

At the basis of the analysis is the fact that consumption needs vary with age as follow: 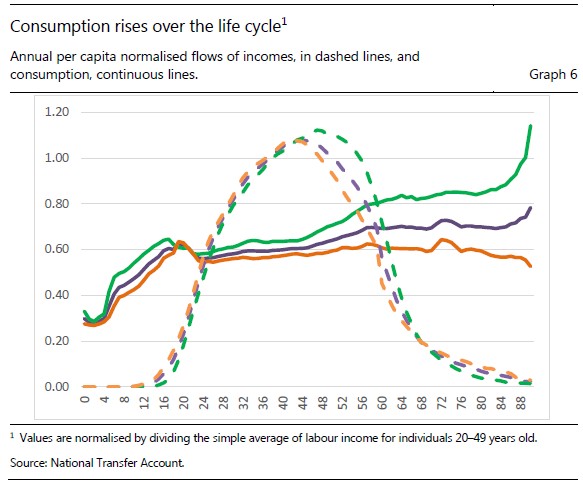 A demographic sweet spot was caused by having a temporarily reduced dependent ratio due to people having less than 1 child while the aged population was still limited. This is bound to end as life expectation increases in all EE. 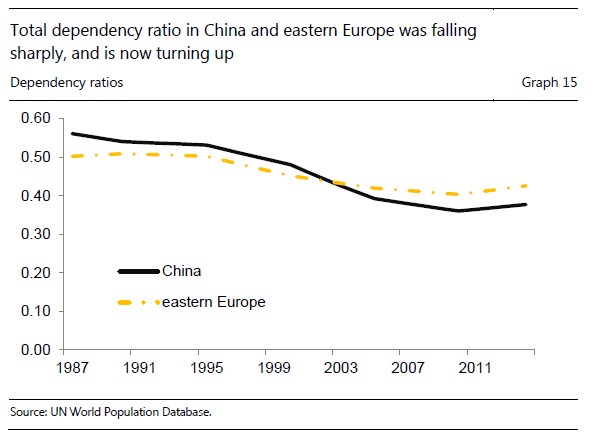 As China and Eastern Europe opened up their production systems the number of worker available to for AE production increased by 120%. This created unemployment and a downward pressure on wages in AE. 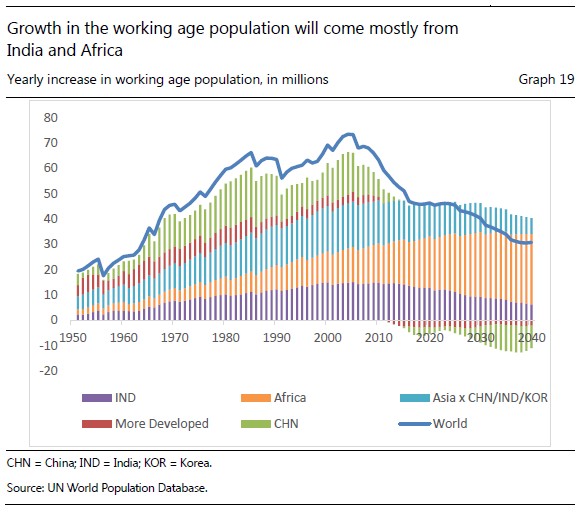 A point that we found to be controversial in this paper is that China lack of financial opening and capital control enabled high growth at lower rate in China than if the country had been opened. Indeed, interest rates in China were higher than in the US until recent years and it is not clear that opening financial markets would have caused chinese rates to be higher.

Labor costs are expected to increase due to much of that labor glut retiring between now an 2025. 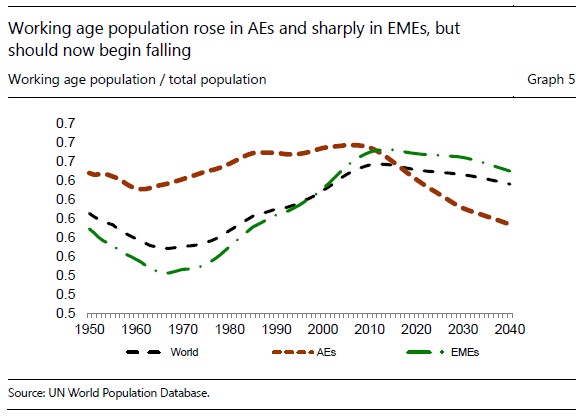 Inflation will be the result of a tug of war between consumers needing less as consumption reduces with age and producers having higher labor costs.

This paper shines also by the comments it attracted. One of them by Masaaki Shirakawa, a former BOJ governor who later worked at the BIS. 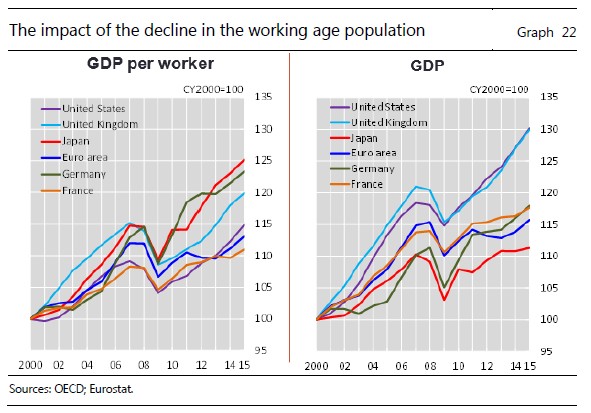 Few takeaways from this study: