A Tale of Two Economies

A Tale of Two National Accounts

We will see below that $X$ (the export/import balance which drives the trade deficit) is relatively small, and that the main difference between the US and the Chinese national accounts are the respective role of $C$, and $I$ and $G$. Understanding these macro aggregates gives a good base to understand the economic evolution.

On a long enough time scale, the log scale allows us to see Japan and Germany grow faster than the US until 1995. After that, their growth becomes stale and the US grow faster. We see that China has been doing some impressive catching up from 1990 to 2012: 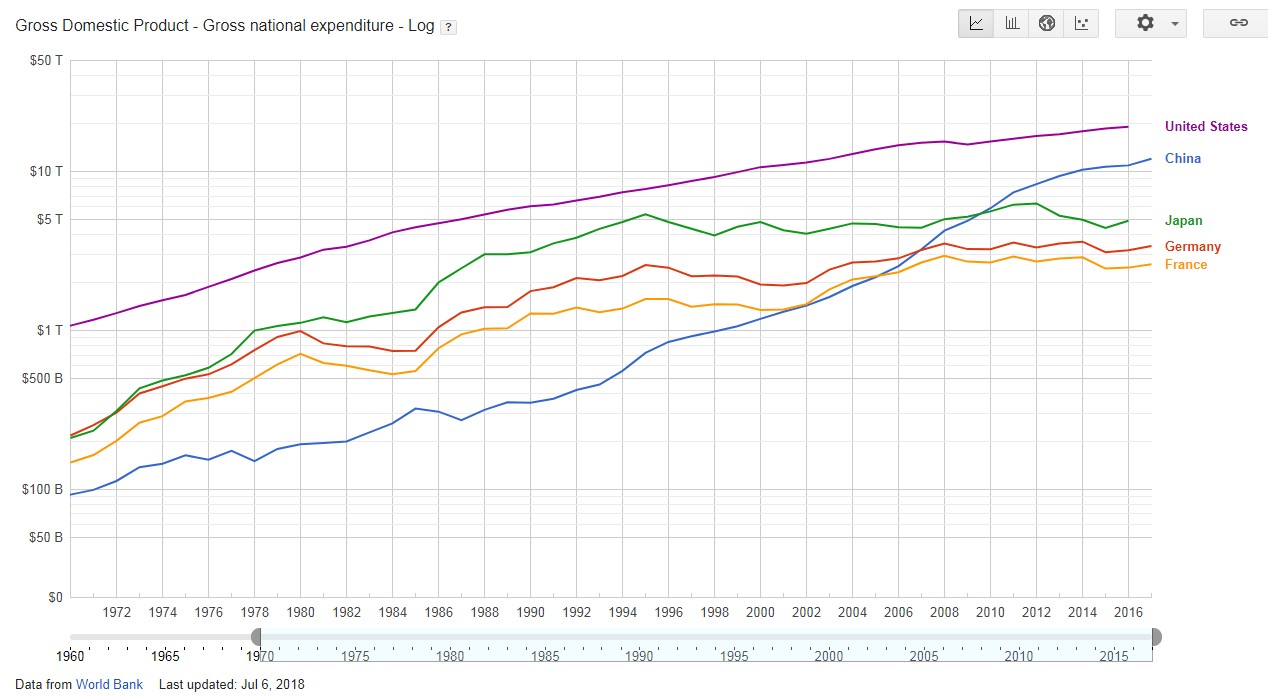 The GDP per capita enables us to see the catch up of developed country towards that of the USA (which had the highest GDP per capita since after WWII). The catching up ended in the 90s' and it seems that the USA managed to grow its income per capita fast after that. China is still a poor country, which means that it still has a long way to go until GDP per capita reaches the 30k per capita glass ceiling at which everyone seems to be stuck. The progression from 1995 to 2012 is remarkable: 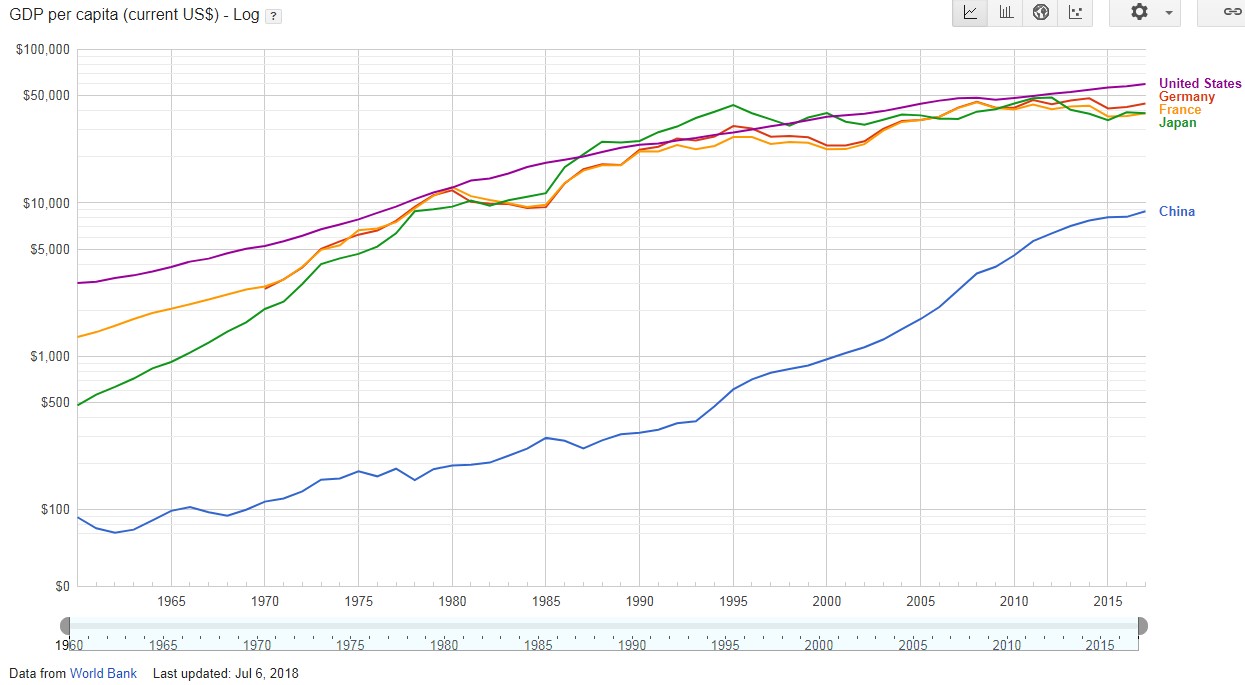 Concerning the consumption term $C$, consumption is growing much faster in China than in other countries. However, Chinese consumption is still dwarfed by that of US consumer. We had identified during the 2008 crisis that China consumption needed to develop to reduce the reliance of China on the US and European economies. It is hard to explain why US consumption appear to be insatiably growing while European and Japanese consumers became content with their level of consumption since the 90s'. We can nonetheless expect Chinese consumption to grow as it is catching up in terms of income per capita: 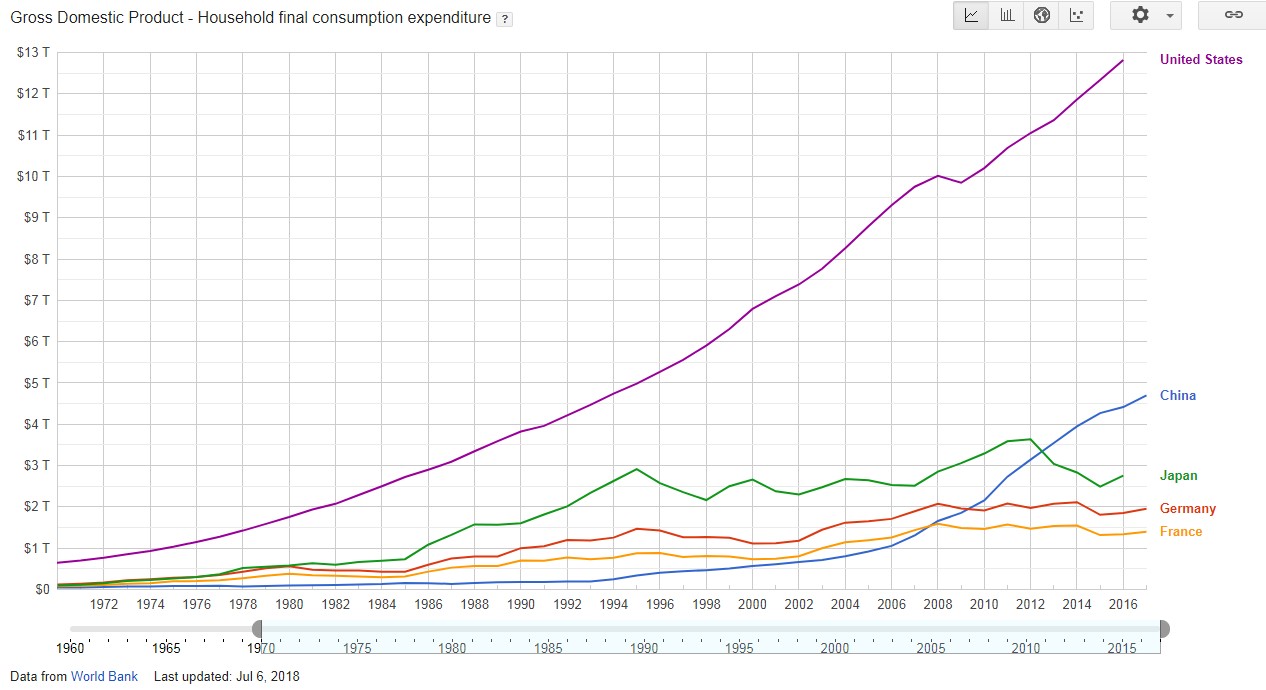 Fixed capital formation $I$ went through the roof in China. The country is investing more than the US now: 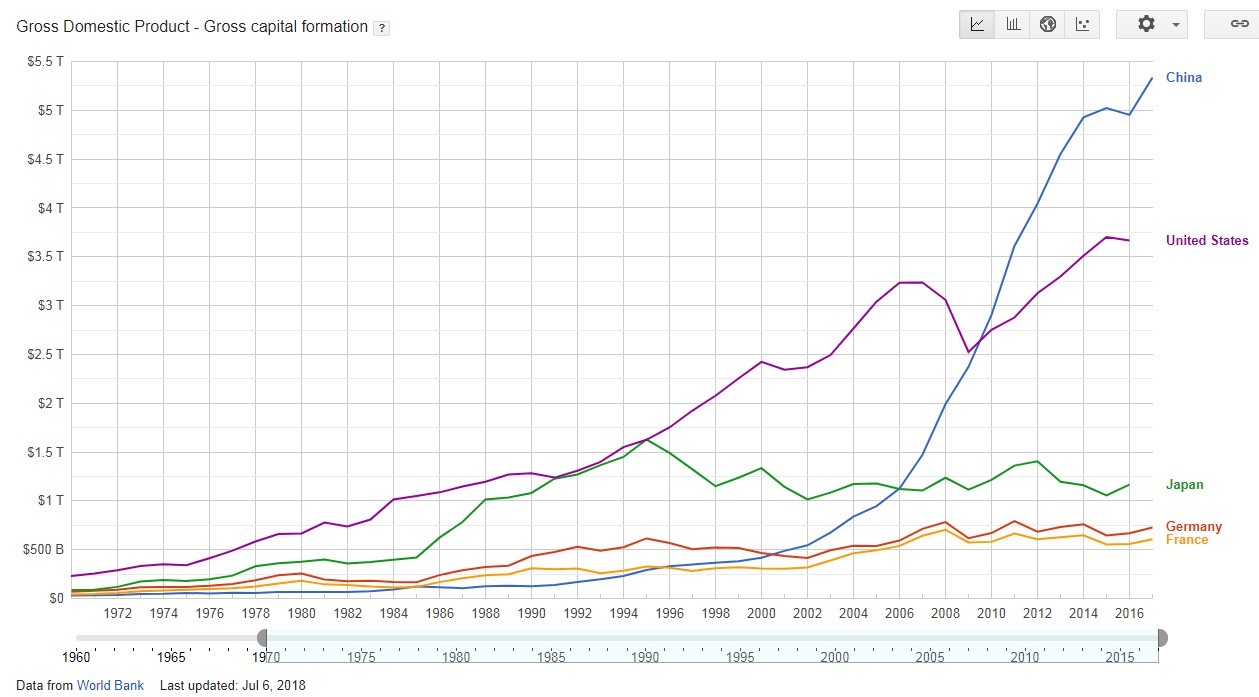 Government consumption $G$ is anemic in the US, but it is surprisingly fast paced in China. The government is using Keynesian policy (public works, etc) to boost growth in the absence of growth with its trading partners: 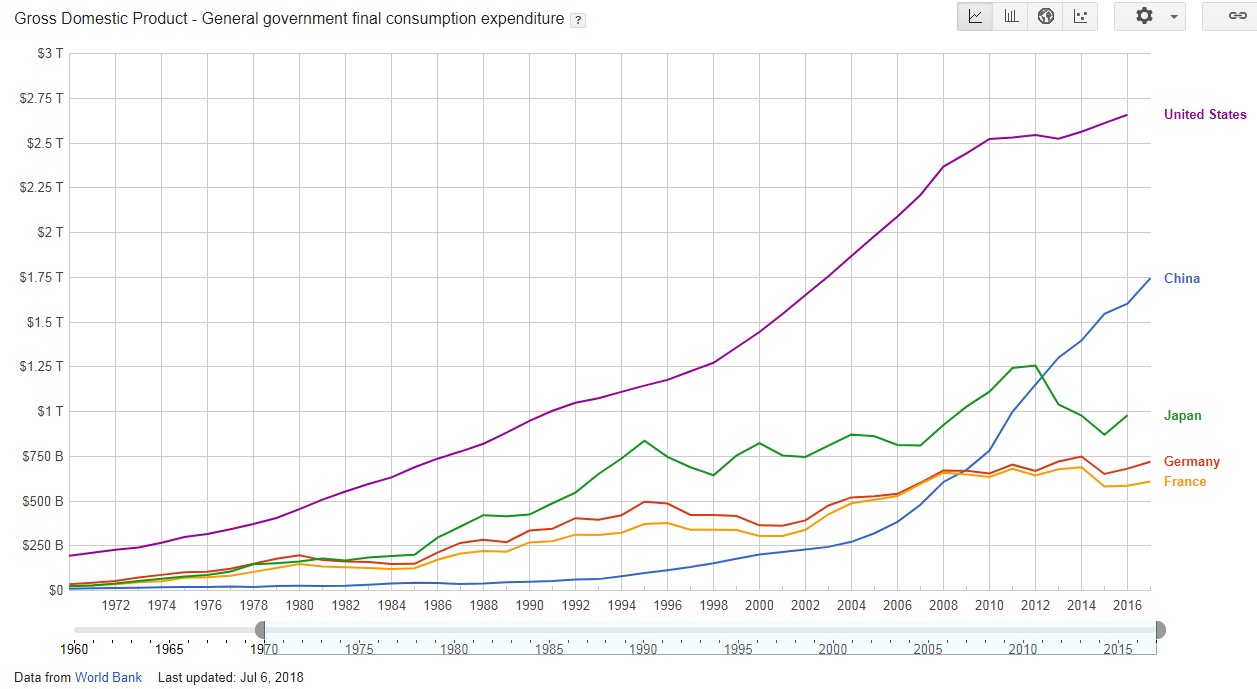 Finally, the trade balance $X$ situation shows how much the situation deteriorated for the US compared to the 80s' when the US forced the Plazza Accords onto excedentary Japan: 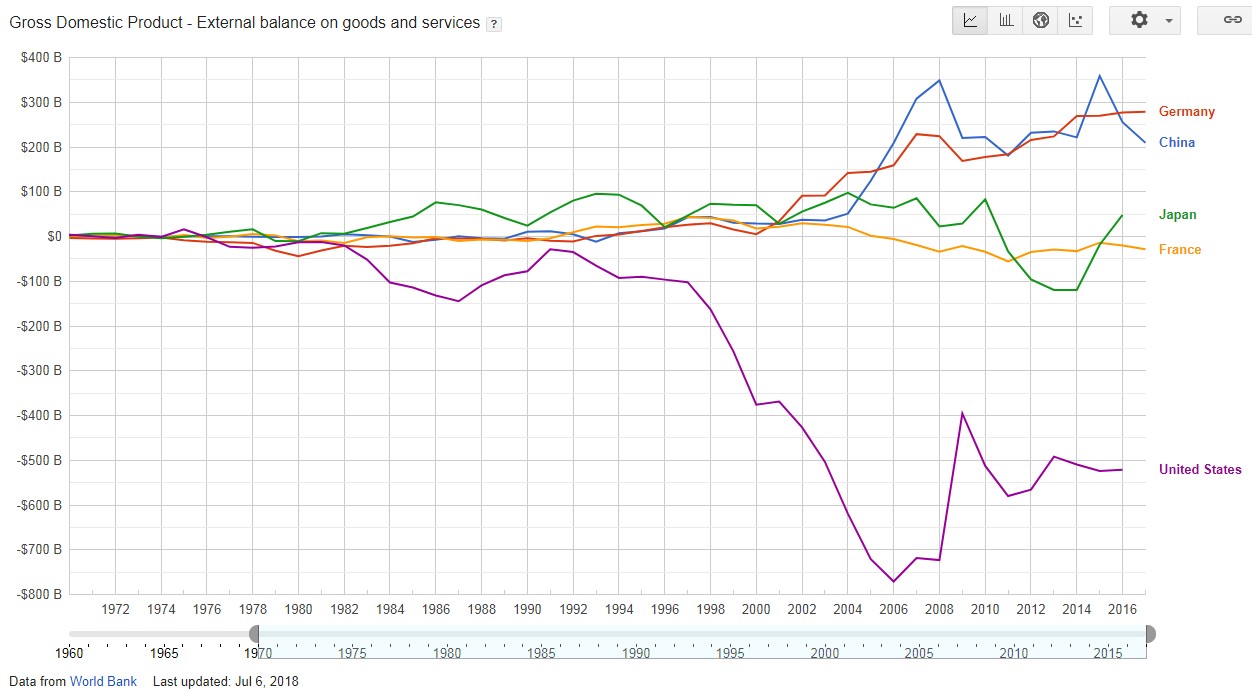