Philip Tetlock is a political science professor at UPenn. He embarked on a project to assess the accuracy of judgment in high-stakes situations. 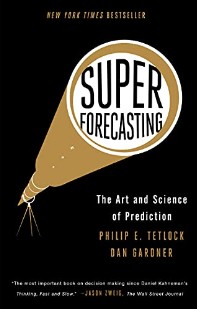 The media continuously asks pundits to air opinionated takes on political and economic matters with no accountability or follow-up. The statements are crafted to convey emotions and interpretations while being sufficiently vague to escape accuracy checking.

Forecasting pundits are part of the great mainstream media circus. Measuring the accuracy of their statements was never the intention and it could only detract from the show.

Tetlock's experience with the Intelligence Community (CIA analysts, ...) is that they also dislike being checked, as they feel they have much to lose and little to gain from the process.

As no WMD were found in Iraq despite the IC being "certain" that the Iraqi had developed WMD, the IC started to report probabilities rather than certainties. For instance, the finding of Bin Laden's compound in Pakistan was assigned a 70% probability when reported to president Obama.

The Good Judgement Project was about recruiting forecasters from the public and assessing their performance.

Good judgment starts with making forecasts that can be called as being unambiguous right or wrong. As it turns out, assigning probabilities to events rather than the all-in or all-out calls that led to the Iraq WMD intelligence failure.

While forecast accuracy cannot be measured from one forecast, the quality of forecasts can be assessed over many predictions.Tetlock advises using the Brier score, a sum square error loss function, for this purpose. The Brier score can be decomposed into 3 components

It should be noted that log-based loss functions are also popular in statistical learning. The log criteria penalize more wrong extreme certainty.

What happened with GJP

The limitations of GJP

The following prescriptions improve forecasts by 10%.