Based on current economic weight and future demographic expansion, from an economic and demographic standpoint, the countries to watch out for are:

For their economic growth:

For their economic development and future population growth:

For their demographic growth only:

This visualisation from howmuch.net enables us to view the current size of the different countries GDP: 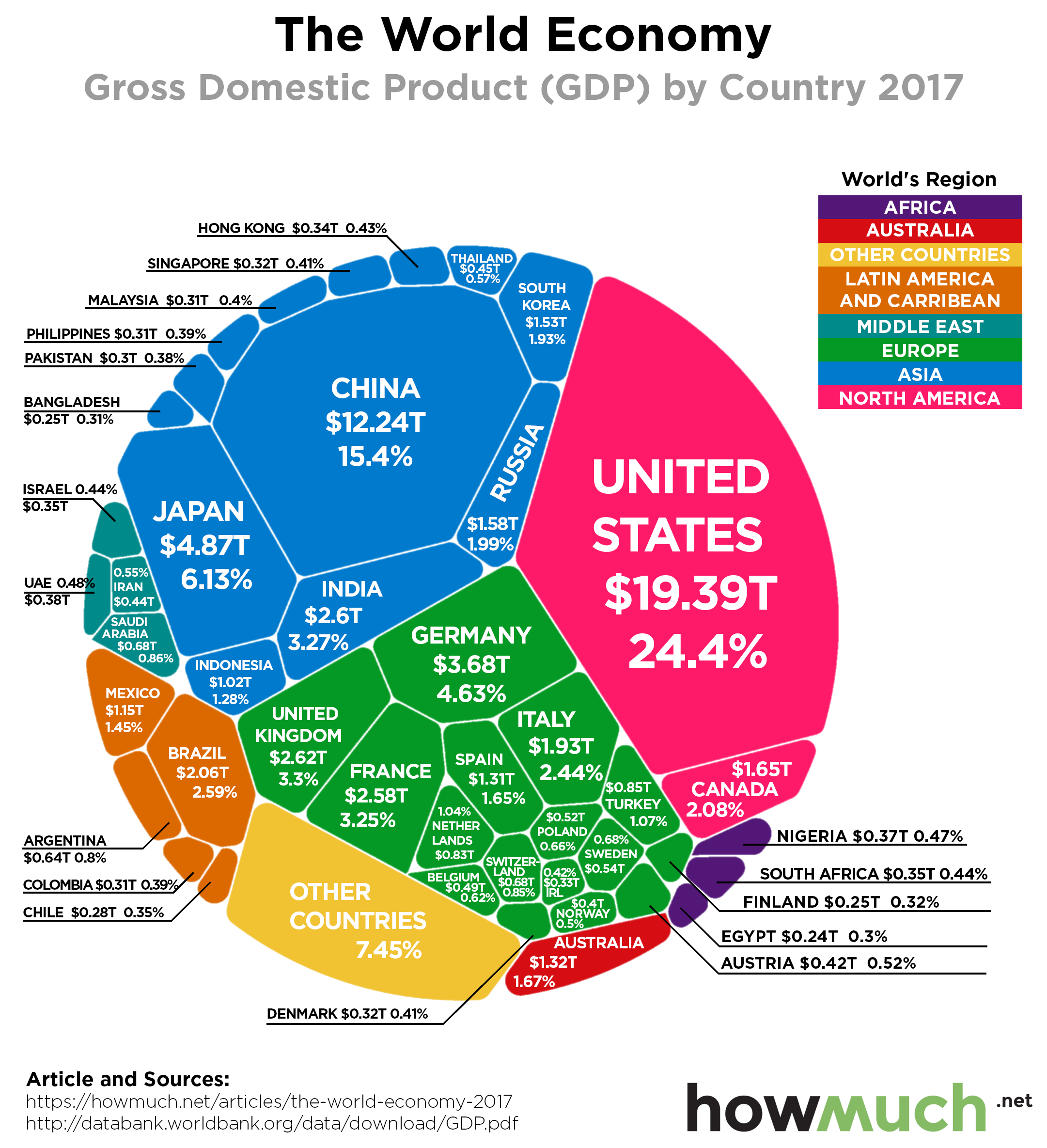 This is a Purchase Parity GDP (PPP) from Worldmapper.org, so China appears bigger than the US. The underrepresentation of Africa and the Indian subcontinent is impressive. 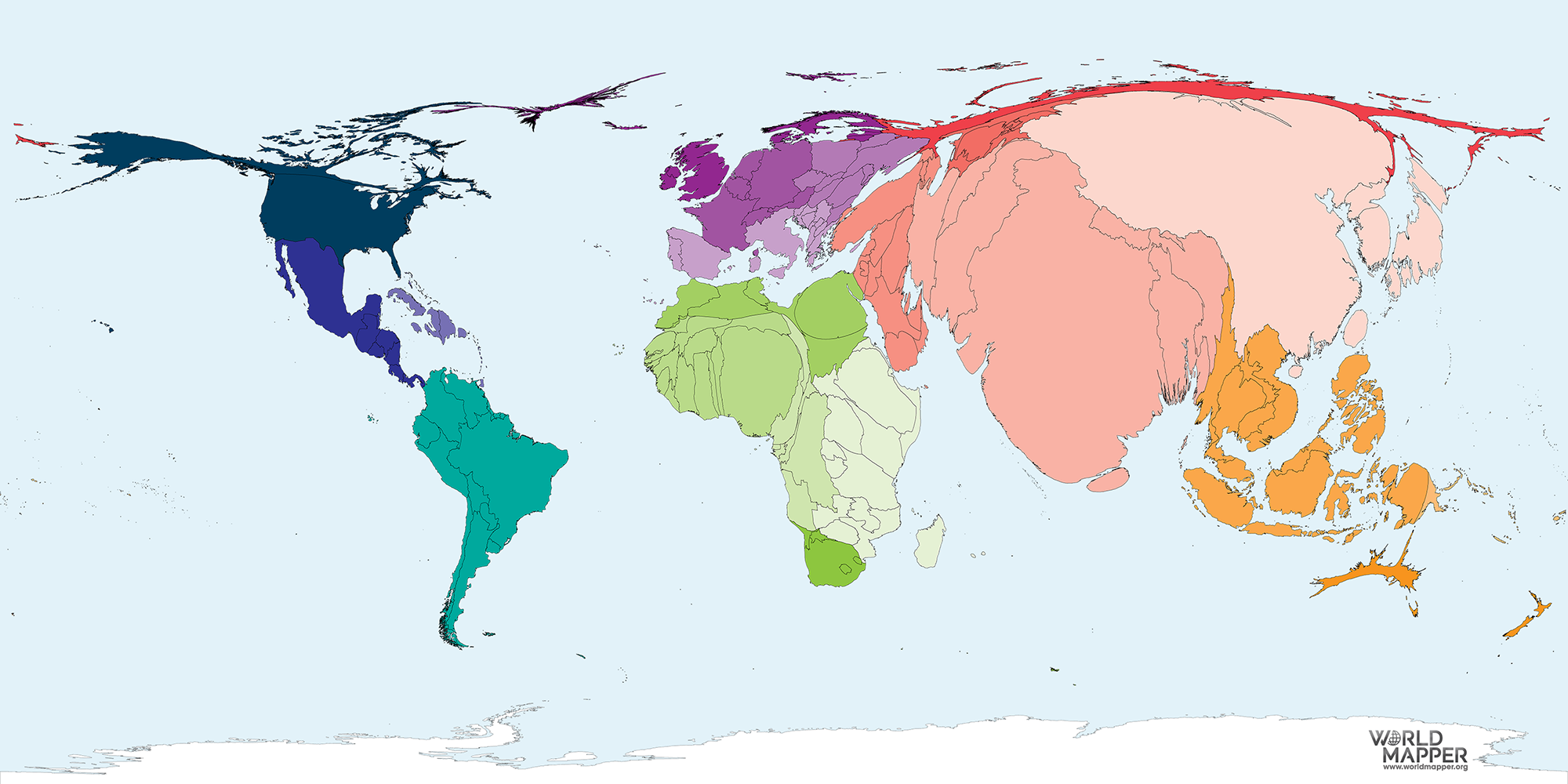 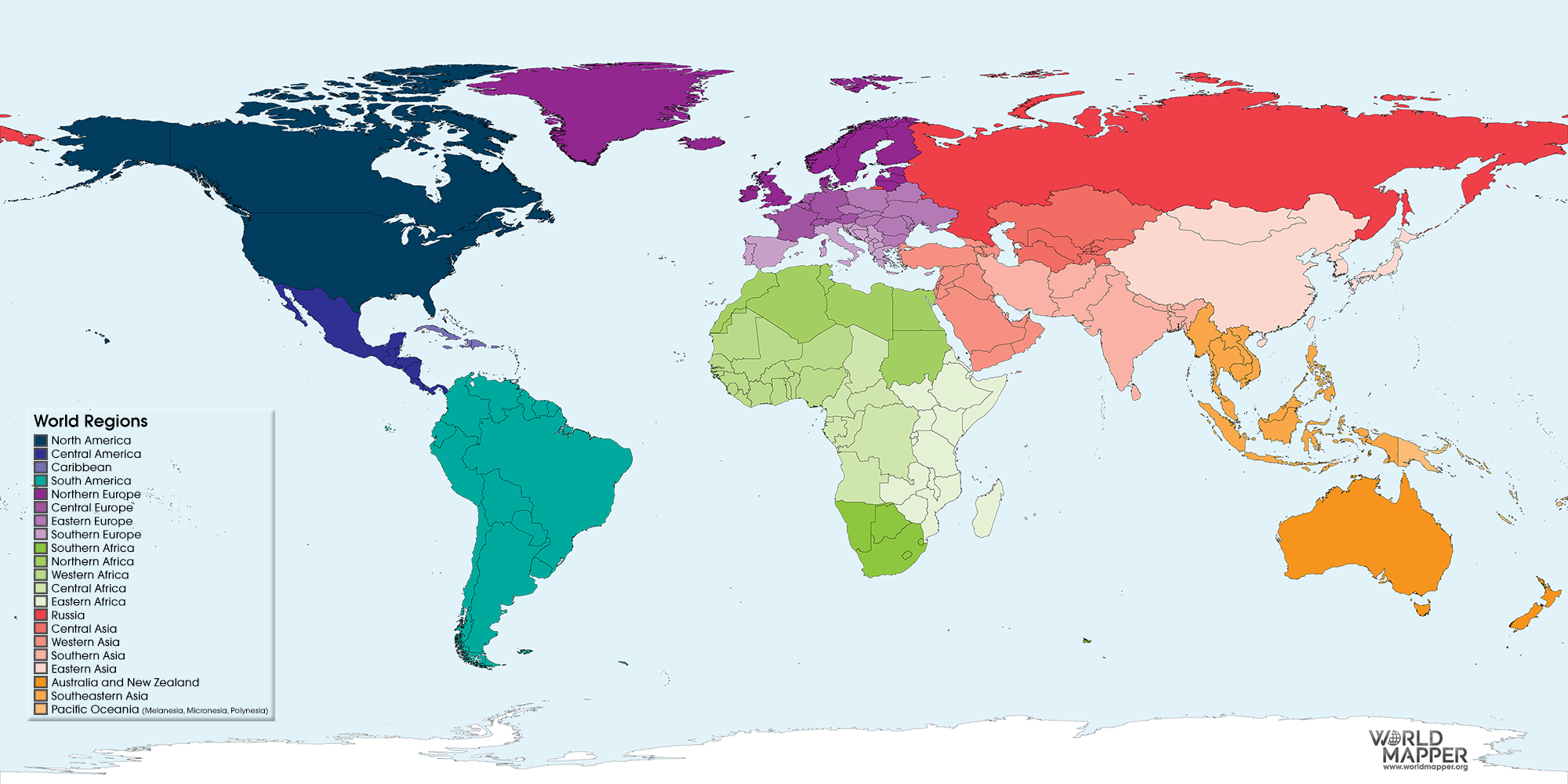 The Galls-Peters projection would have the advantage of showing comparable land areas (but both E-W and N-S distances get distorted as you move towards the poles):