We focus on the recent evolution of the Chinese population wealth. The Chinese GDP macro number are being put in another post.

The 2018 Credit Suisse Report shows the differential growth of China compared to other emerging economies.

Talks of emergence have been prevalent since the decolonization in the 50s', but wealth numbers show that China has been emerging as a country since 2008. Indeed, crises are often an opportunity to re-balance wealth from incumbents who lost it to faster growers.

The first one is the world map of rich country. While the BRICS term was coined 15 years ago only 2005. We see that Chinese wealth diverged from that of Brazilians, Russians, Indians and South Africans. Chinese are now richer than Argentinians, Mexicans, and most Europeans from the Balkans. 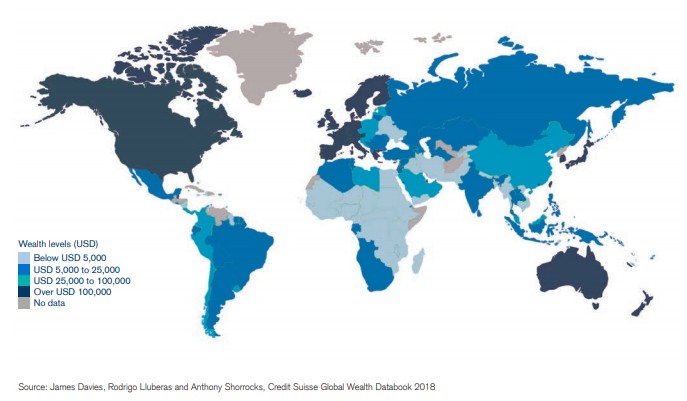 A rising tide lifts all boats

While averages can hide wide disparities, we see through a percentile graph that China has a much narrower left tail: it appears to have eliminated poverty, in a way that North America and Europe did not. 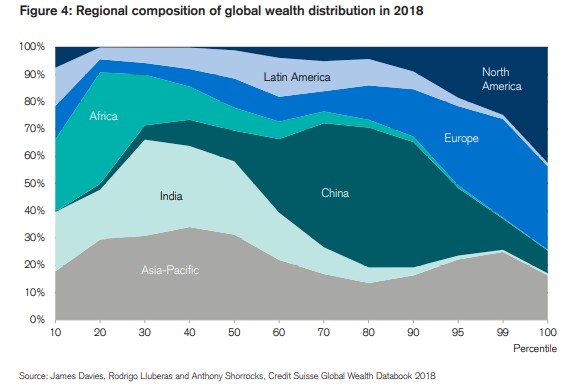 This is further confirmed by the evolution of the median wealth. 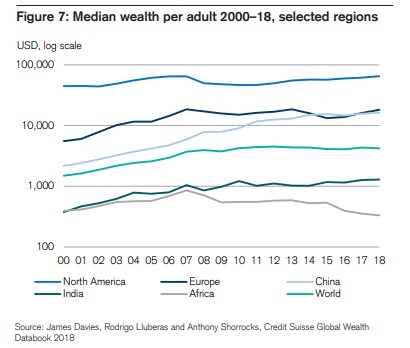 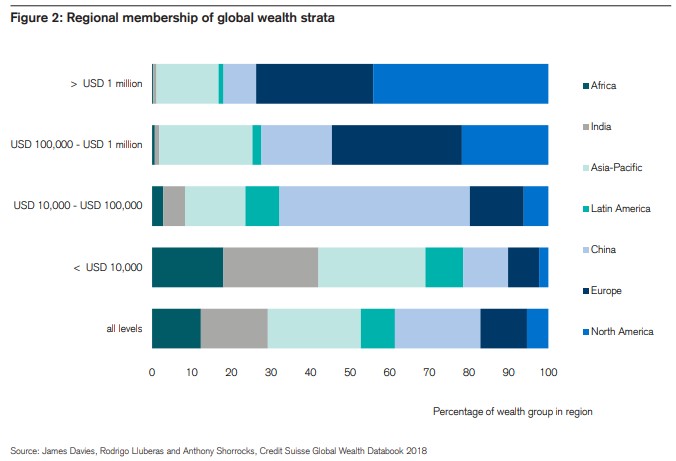 Chinese wealth creation for all strata of societies has been substantial.